Toasted was born out of a love of great documentary storytelling and creative vision. As a founding tenant in MediaCityUK, we've watched its creative community expand and played our part in its wave of growth.

Now, on the Here East campus on the Queen Elizabeth Olympic Park in London, we're witnessing similar opportunities for further growth. We fully embrace collaboration with innovators and digital makers on the London campus, while maintaining our reputation as a reliable source of media production for loyal and new clients in Salford and Manchester.

Our catalogue includes content for social regeneration, local authorities and city councils, universities and colleges, tech, science, the arts, and music events across the world, working with everyone from small start-ups to globally significant artists like Pink Floyd and Bjork. We've trained many people, and built up a loyal network of collaborative partners - such as Salford University, Beatphreak and Ambience Recordings. Our archive project Dig Media is poised to become our biggest work in the cultural field to date.

With our roots in community, engagement and regeneration, we take particular satisfaction from forging ways for the range of sectors we operate in to mesh and work together. As we grow, we continue to collaborate and cross-fertilise. 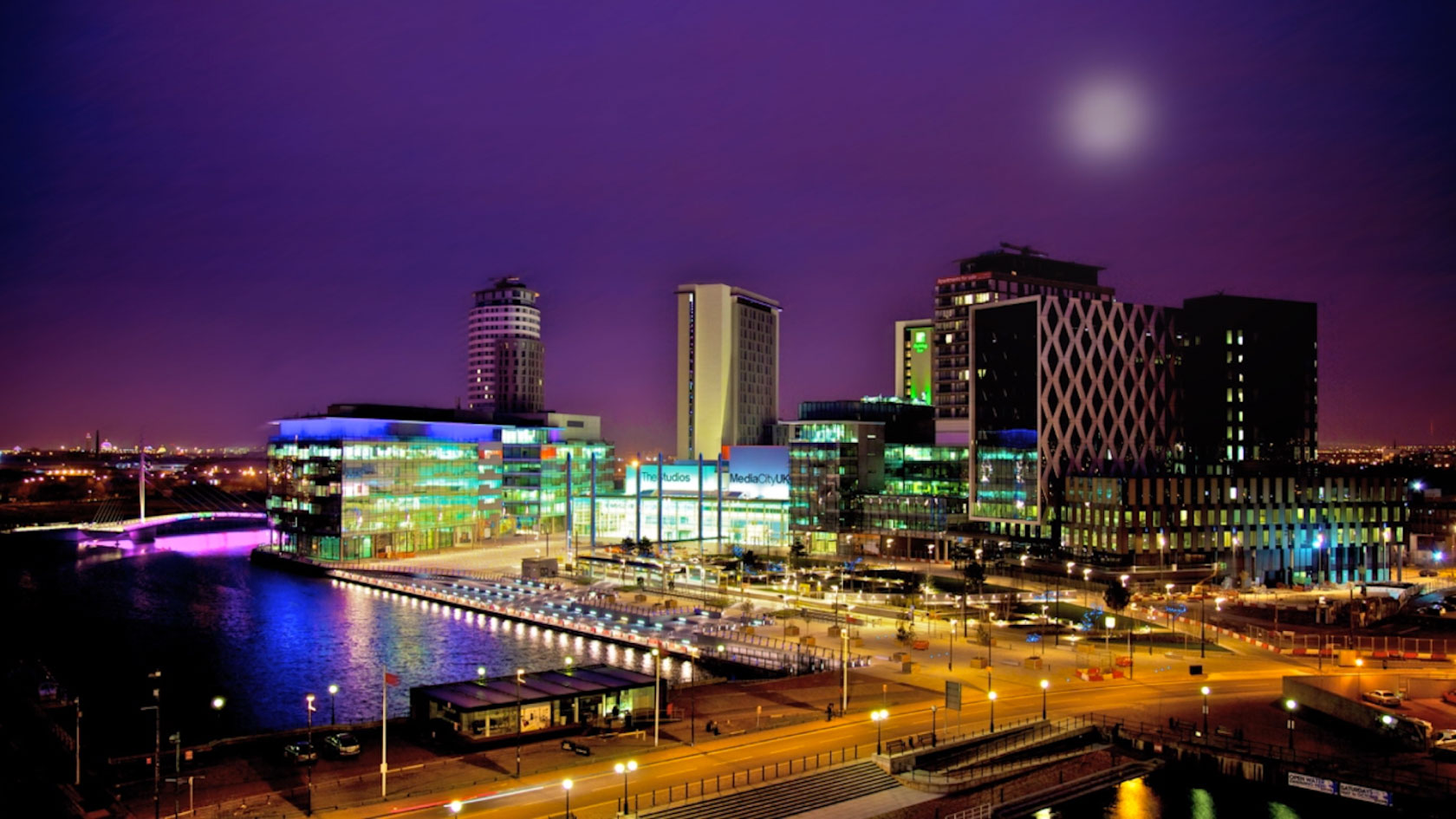 Simon set up Toasted Productions in 2001 after many years producing, directing and editing for established production companies. He also ran a regional cable news franchise. When he is not hands on producing, directing and coordinating the bread and butter side of operations - Simon oversees the corporate side of the business. In his spare time he likes rugged activities like climbing mountains and sleeping outdoors in a bivi bag. Loves music and has been known to confuse work with pleasure. Simon's cooking skills remain a secret.

A Yorkshire lass with a passion for all things digitally creative, Chantel joined Toasted in 2013 after getting her love for video editing working for the National Childrens Bureau. When she isnt head deep in an edit or busy managing the office, you can either find her obsessing over 'The Vampire Diaries', horses and her GoPro.

When the realisation kicked in that he would never be a superstar DJ (he wasn't even close), a serendipitous event led Jason to become a teacher of Multimedia and he began to support others in achieving their educational and creative goals. After 20 years of working in Further Education, Multimedia and ICT, and collaborating with businesses in the Digital & Creative Industries, now he's a man with many experiences under his belt.

Audio production and social media are just a couple of things he's devoted to at Toasted, as well as being Head of Operations at Dig Media Limited (our sister company), a project set up to digitise and share a rare and unseen video collection dating back nearly 50 years.

He also runs his own record label and multimedia production company, Beatphreak. When he's not working or making music he's usually watching weird dramas on Netflix or trying to keep up with his 4 year old son who loves to play football and makes him feel old :(

Stephen has a great passion for computers and technology as when he was younger he would take apart old computers and anything else that he could get his hands onto, but we can assure that this won't happen in the office. After joining Toasted in late 2016 when showing his passion and knowledge for technology, he hopes to work on developing his skills in Photography, filmmaking and technology.

Richard is a quiet Yorkshireman (think of Geoffrey Boycott, he's nothing like him) who has worked in the industry for over 30 years, as well as oodles of camerawork, branding and design gets a rise out of his Yorkshire pudding (floats his boat). Give him still images, motion graphics and multimedia and there is no stopping the quiet Yorkshireman. As for spare time, who needs spare time when your work requires you to fly across Angel Falls or paraglide over snow-topped mountains.

As a composer and audio specialist, Tim has been working in the entertainment industry for over 30 years, developing full orchestral scores for theatrical productions to jingles for our corporate clients. Tim loves the technical side too. From the raw recording to final master - from orchestras to solo artists - Tim's state of the art recording studio ensures our audio has a keen edge. Recently conducting a live orchestra playing his score for The Imperial Ice Stars production at the Royal Albert Hall - Tim has a collection of thermals to be envied. Not surprising given his trips to Russia recording choirs in temperatures of minus ten! An experienced video editor - completing many Toasted projects for broadcast. Has been known to cook up a storm for the Toasted Christmas parties.

Dave studied Media Production at Salford University. He joined Toasted on a work placement years ago, and since then has developed his skills working on many music and commercial productions. Dave loves music and working with Toasted means he gets a frequent Festival fix. A keen City supporter, Dave has been known to spy on the opposition whilst rustling up a gourmet dinner.

Annie hit the media industry floor running - literally - as a runner in The Big Breakfast House. Fifteen years on and Annie has built herself a solid portfolio of experience. Factual entertainment, observational documentaries and music have all come under her producing and directing umbrella. As well as working on programmes for all the major terrestrial stations - Annie just can't stem the flow of her creative juices. She's constantly coming up with ideas and programme formats for Toasted.

Gabriel is an enthusiastic lover of film & all creative media, putting his finger in a great deal of pies across Manchester and Salford. Assisting with pre-production, post-production and admin at Toasted, he's always up for diving into something new. Since his graduation from the University of York he's also been playing the field as a runner, camera assistant and trainee in the art department. Keen lover of both music and cinema, if he's not working he's probably knees deep in a mix on Soundcloud or chilling at the local indie cinema (HOME Mcr).

Seb joined Toasted in 2017 having worked on a bunch of different productions. As a freelancer he produced and directed corporate promos for an architectural technician, alongside running for ITV. He loves skiing, and before studying Television and Radio at the University of Salford and taking the plunge into a media career, he completed a ski instructor course in Canada.

Evan is a Merseyside lad with a passion for all things filmed. Before Evan joined Toasted, he developed his love for media production through college and university and eventually fell in love with operating a camera. He also works as a photographer, covering a range of events in Manchester and Liverpool. In his spare time, Evan enjoys developing his skills in photography and filmmaking, keeping active, playing guitar and learning new languages.

What do our clients say?

We do great work for all of our clients. Read what they have to say about us and our work

"I would recommend Toasted as a top-notch video production team without thinking twice".

"The whole of the Toasted team were great to work with and it felt like we had found a genuine partner".

"I can wholeheartedly recommend Toasted as an outstanding media production company".

Learn how we can help you...

View What We Do

Creative vision and a love of great storytelling...

View Who We Are